Horoscopes are read by majority of people to find out what the future holds for them. They feel more empowered to deal with the unknown when they are mentally prepared to face those circumstances.

Horoscope for the native is prepared by using the position of the planets and stars with relation to one another, at the time of the native’s birth.

When writing general horoscopes for a number of people, Sun signs are taken into consideration. Such horoscopes give you a general idea of what kind of personality you have and predict significant events in your life.

Earlier, one had to be in the presence of an astrologer to find out what the future held for them. It was not feasible to check what the day would be like, as astrologers would only predict some of the major happenings in the native’s life.

Today, thanks to technology, one can read their horoscope on the smartphones by downloading apps that are very easily available on the internet. While many of these apps are paid ones, there are plenty of good apps that also provide free horoscope readings at the touch of the fingers. These horoscopes give daily, weekly, monthly and yearly predictions.

Daily horoscopes are updated on a daily basis and reading it at the start of the day can help one be prepared to face the day in a positive manner. An added charm to them is that these are free horoscopes.

An actual daily horoscope prediction is based on the movement of the moon as it is the fastest moving ‘astrological planet’. This is because the moon changes signs every two to two and a half days. The moon is considered the third most important ‘planet’ in an astrology birth chart, after the Sun and the ascendant.

Out of the various planets influencing our lives, it is the moon that has a strong influence on our moods and emotions. It alters an individual’s behaviour. So the Moon’s frequent transits, in turn, changes our moods and emotions from day to day, effecting our work and relationships. We are on our best behaviour and most spirited when we are cooperating with the energy of the moon. These days prove to be lucky, if one plans to start a relationship, go for an interview, apply for a raise etc. The authentic daily horoscopes are based on which house the moon is moving through, for the native’s sign.

Astrologers study the different cycles of the moon while writing the daily horoscope. The cycle of the moon as it goes through the twelve signs of the zodiac has a marked influence on both the individual and his/her environment and so does its cycle from full moon to full moon, which takes approximately 29 and half days to cover. Usually the waxing phases of the moon indicate that things are growing or new beginnings are taking place and the native has more energy than at other times. On the other hand, a waning moon indicates a time of decrease, a time when things will be ending and generally less energy for activities. 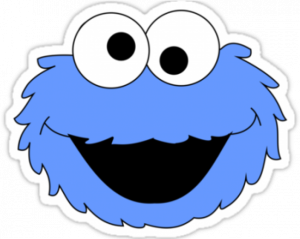