When a person meets with an accident and afterwards goes through the mental trauma, the first thing that comes to his mind on recovering is that he is having a bad time and the planetary positions are not favorable to him. He considers carrying out corrective procedures to decrease the bad effects.

The following questions obviously come up after that.
Do the planetary positions have any link with the accidents?
Can the causes of accidents be analyzed through Yearly horoscope?
Can we know the time period when accidents may happen?
Can accidents be predicted through Yearly horoscope?
“Yes” is the response to all such questions.
The following points should be taken into account to find out whether the native is vulnerable to accidents.
The sign lord of Ascendant, Moon and the Sun in the birth chart.
The disposition of the planet in the signs:
The strength of Asc, Moon and Sun.
The Divisional Charts: D1, D9.
And finally the Transit Chart.
Your 2010 yearly horoscope analysis can guide you by offering predictions on the following
MONTHWISE ANALYSIS FOR THE YEAR 2010

PLANETARY POSITIONS AND THEIR EFFECTS IN THE YEAR 2010

Each sign has its own property. Thus every individual born in a sign will possess a number of common and vital qualities. The Ascendant in Aries is the most inclined to accidents whereas Virgo is least apt to accidents. This is due to the surplus nervous energy of the Aries lagna native and his incapability to manage it correctly. Likewise Pisces lagna native is also likely to accidents. Pisces being represented by the two faced fish cannot take quick decisions because of their weak reflex action. The Virgo lagna native is more careful and will always think twice ahead of starting action. Libra natives are well-adjusted and so they are not usually given to accidents. Normally the natives with Ascendants in the fixed signs of Aquarius, Leo and Taurus are less inclined to accidents. They are not fond of modifications, carrying out tests and consequently they stick to a fixed routine, which is the probable reason.

The sign inhabited by the Sun has a significant role in ascertaining the energy of the native. If the energy is high, the power to recover is also high and the damage incurred will be less. Sun is a very hot and a fierce planet. It is at ease when it resides in similar signs. But when it resides in Watery signs like Scorpio, Pisces and Cancer, it will not be at ease and thus will trigger accidents. In the same way, when Sun inhabits Capricorn and Sagittarius, the fierce nature becomes centered and reduced to a specific location and this safeguards the individual. Likewise when the Sun resides in the fixed signs Aquarius, Leo and Taurus, the fierce nature appears to be restricted by the person and therefore there are fewer chances of damage and accidents.

Vedic astrology gives emphasis to Moon being in a affable, own or high-ranking sign for the welfare of the person. Moon confers life to a person and prevents the native from being casualties. Benefic aspects will enhance the health and defense to the person. Even malefic aspects will be better than if there are no aspects to the moon. The most unsafe situation is getting the moon in the birth chart devoid of any aspect. Actually all the balarishta yogas which are written are derived from the position of the moon, its power and the kind of aspects it gets. Moon inhabiting Cancer, Scorpio, Pisces and Taurus will be at ease and so it will provide utmost defense to these natives. Moon in Libra and Sagittarius will also furnish favorable results pertaining to the health of the native. Moon in saturnine signs of Aquarius and Capricorn and Martial sign of Aries will be more apt to accidents, cuts, bruises, fevers than others. Likewise, Moon inhabiting the Nakshatra of Mars and Saturn will be more inclined to accidents than others. In the birth chart the presence of a negative aspect from Mars or Saturn to the moon indicates that the native is more inclined to accidents.

Subsequently the important thing to be examined is the dispositors. The sign in which the sun, lagna and the moon is positioned requires to get a good aspect or relationship with the lord of its dispositor. This relationship will determine whether the native is prone to accident or not. For example, if Moon is in Taurus, it is an auspicious position because moon is exalted and will provide utmost security. But if its dispositor Venus is located in the 12th house from Aries, it is thought to be unlucky and the moon will lose its capability to offer protection. Another example will be Aries Lagna and its dispositor Mars inhabiting the 12th house in Pisces. This position will render negative results and the native will be prone to accidents.

The 12th house and the position of its lord play a significant role in ascertaining the events that occur without giving us any control over it. If the Fixed signs turn out to be the 12th house, it is auspicious as it works tenderly and also the effect is confined to a particular area. If the lord of the 12th house occurs to inhabit an upachaya sthana, it provides auspicious results. This offers the native defense from mishaps and any other unwarranted negative results.

The 8th house and the position of its lord offer us an idea about the place and time and also the way the accidents are likely to happen. The positioning of the 8th lord in the Asc indicates body injury and will make the native prone to injury. Its position in the upachaya sthana provides security to the native. Its position in the 8th house enhances longevity. The sign or house it inhabits provides us knowledge about the body injury that is likely to occur. For example, for an aries ascendant native, Venus turns out to be the lord of the 8th house and its position in pisces will cause injury to the calves.

The 4th house implies the end of all issues and it also indicates fatal accident. As per KP the 4th house lord, its star lord, 4th cuspal sub lord having any affiliation with the 8th or the 12th house causes accidents. The native is inclined to undergo accidents during its maha dasha, antar dasha, pratiantar dasha or sookshma dasha. Accidents may also happen during the main and sub-periods of maraka and badhaka lords or planets positioned therein.

The planets Saturn and Mars are linked with Accidents. The placement of Uranus, Neptune and Pluto is also supposed to be important so far as accidents are concerned. Some probable combination for an accident prone native is when Mars and Rahu are in ascendant or second house, Mars in Ascendant, Saturn in Ascendant, Mars or Saturn in the third house, Mars or Saturn in 5th house. The Dasha period requires being examined up to sookshma dasha level. Any combination and participation of the 12th, 8th, 4th house will cause mishaps or hospitalization during the period.

Finally the transits have a vital role. If the dasha period indicates any accidents and the transits do not back them then the native is not likely to meet with accidents. This fact requires to be examined in detail. Accidents may happen during the transit period of malefic planets which inhabit or aspect the malefic houses or the birth position of the moon, sun or lagna. Prediction made merely on dasha periods without inspecting transits will not provide accurate results. The aspects of benefic planets in transit on the lagna, moon, and sun will at all times aid the native to lead a hale and hearty life without accidents. 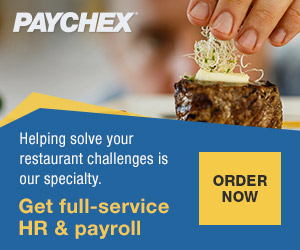